The Power and the People: Paths of Resistance in the Middle East 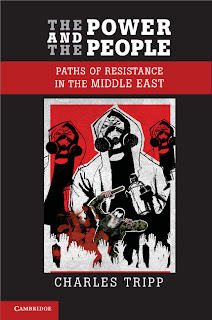 This book is about power. The power wielded over others – by absolute monarchs, tyrannical totalitarian regimes and military occupiers – and the power of the people who resist and deny their rulers' claims to that authority by whatever means. The extraordinary events in the Middle East in 2011 offered a vivid example of how non-violent demonstration can topple seemingly invincible rulers. This book considers the ways in which the people have united to unseat their oppressors and fight against the status quo and probes the relationship between power and forms of resistance. It also examines how common experiences of violence and repression create new collective identities. This brilliant, yet unsettling book affords a panoramic view of the twentieth and twenty-first century Middle East through occupation, oppression and political resistance.

2. Contesting public space: resistance as the denial of authority

3. Imposition and resistance in economic life

5. History wars: contesting the past, reclaiming the future