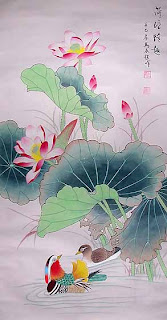 Wise Sayings from Confucius
The Superior Man
Tsze-lu asked what constituted the superior man. Confucius answered, “The cultivation of himself in reverential careful­ness.” “And is this all?” “He cultivates himself so as to give rest to others.” “And is this all?” “He cultivates himself so as to give rest to all the people.”
Confucius confessed, “The way of the superior man is threefold, but I am not equal to it. Virtuous, he is free from anxieties; wise, he is free from perplexities; bold, he is free from fear.”
Tsze-kung also asked what constituted the superior man. Confucius replied, “He acts before he speaks, and afterwards speaks according to his actions.”
“The superior man has nine things that are subjects of thoughtful consideration:
In regard to the use of his eyes, he is anxious to see clearly.
In regard to the use of his ears, he is anxious to hear distinctly.
In regard to his countenance, he is anxious that it should be benign.
In regard to his demeanor, he is anxious that it should be respectful.
In regard to his speech, he is anxious that it should be sincere.
In regard to his way of doing business, he is anxious that it should be reverently careful.
In regard to what he doubts about, he is anxious to question others.
When he is angry, he thinks of the difficulties his anger may involve him in.
When he sees gain to be got, he thinks of righteousness.”
“The superior man wishes to be slow in his speech and earnest in his conduct. He is modest in his speech, but exceeds in his actions. In every action he considers righteousness to be essential. He performs it according to the rules of propriety. He executes it with humility. He completes it with sincerity. This is indeed the way of a superior man.”
“The superior man is distressed by his want of ability. He is not distressed by men's not knowing him. He is correctly firm, and not firm merely.”
“He does not promote a man simply on account of his words, nor does he put aside good words because of the man.”
“He who does not anticipate attempts to deceive him, nor think beforehand of his not being believed, and yet apprehends these things readily when they occur —is he not a man of superior worth?”
“There are three things which the superior man guards against. In youth, when the physical powers are not yet settled, he guards against lust.. When he is strong, and the physical powers are full of vigor, he guards against quarrelsomeness. When he is old, and the animal powers are decayed, he guards against covetousness.”
“In dealing with people, the superior man does not set his mind either for anything, or against anything; what is right he will follow.”
When he was in Chan, their provisions were exhausted, and his followers became so ill that they were unable to rise. Tsze-lu, with evident dissatisfaction, said to Confucius, “Has the superior man likewise to endure in this way?” The Master said, “The superior man may indeed have to endure want, but the mean man, when he is in want, gives way to unbridled license.”
Virtue
Tsze-chang asked Confucius the source of perfect virtue. Confucius said, “To be able to practice five things everywhere under heaven constitutes perfect virtue: gravity, generosity of soul, sincerity, earnest­ness, and kindness. If you are grave, you will not be treated with disrespect. If you are generous, you will win all. If you are sincere, people will repose trust in you. If you are earnest, you will accomplish much. If you are kind, this will enable you to employ the services of others. The firm, the enduring, the simple, and the modest are near to virtue.”
When Tsze-ch'ih asked about perfect virtue Confucius replied, “In retirement, it is to be sedately grave; in the management of business, to be reverently attentive; in dealing with others, to be strictly sincere. Though a man go among rude, uncultivated tribes, these qualities may not be neglected.”
“The man of perfect virtue, wishing to be established him­self, seeks also to establish others; wishing to be enlarged himself, he seeks also to enlarge others. To be able to judge others as we would wish to be judged ourselves: this may be called the art of virtue.”
Tsze-kung asked, saying, “What do you say of a man who is loved by all the people of his neighborhood?” Confucius replied, “We may not for that reason alone accord him our approval.” “And what do you say of him who is hated by all the people of his neighborhood?” Confucius replied, “We may not for that reason conclude that he is bad. It is better than either of these cases that the good in the neighborhood love him, and the bad hate him.”
The Mean Man
“The superior man cannot be known in little matters; but he may be entrusted with great concerns. The small man may not be entrusted with great concerns but he may be known in little matters. “The superior man thinks of virtue; the small man thinks of comfort. The superior man thinks of the enactions of law; the small man thinks of favors that he may receive. “The mind of the superior man is conversant with righteousness; the mind of the mean man is con­versant with gain. “The superior man seeks to perfect the admirable qualities of men, and does not seek to perfect their bad qualities. The mean man does the opposite of this. “What the superior man seeks, is in himself. What the mean man seeks, is in others.”
“Respectfulness, without the rules of propriety, becomes laborious bustle; carefulness, without the rules of propriety, becomes timidity; boldness, without the rules of propriety, becomes insubordination; straight-forwardness, without the rules of propriety, becomes rudeness.”
http://www.humanistictexts.org/confucius.htm#_Toc483366192
http://www.the-gallery-of-china.com/chinese-lotus-flower-painting-10.html
Pearls of Wisdom IV
Pearls of Wisdom (III)
Pearls of Wisdom (II)
Pearls of Wisdom (I)
.
Posted by Reflection Cafe at 7/11/2007