Turkey: a major regional power to engage or confront Iran 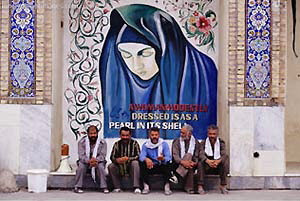 Mehmet Öğütçü1
International Advisory Board Member
Windsor Energy Group
Turkey, Iran’s next door neighbour, long-standing historic rival and the largest military/economic power in the region, remains the only country, which can genuinely engage or confront Iran in the region (Middle East, Caspian basin, and Central Asia). This holds particularly true at a time when speculations have intensified about a possible US/Israeli air strike or more targeted sanctions against Iran due to the nuclear standoff with the West.
Turkey fears that a nuclear Iran may upset the delicate balance of power in a combustible region, where no single country looks dominant2. At the same time, Turkey does not wish to undermine the recent improvement in bilateral relations with Iran. Iran is unlikely to make any progress on the nuclear issue given its past track-record of tactical delays in complying with the demands by the International Atomic Energy Agency for comprehensive inspections in Iran3.
In this unfolding situation, Turkey is not only expected to play a crucial role in support of, or against, such moves; it will also be deeply affected by the consequences of an escalated tension between Washington/Tel Aviv, Brussels and Tehran. For one thing, Turkey has declared unequivocally that its territory or airspace will not be used in any military operations against Iran.
In a departure from its traditional foreign policy and after decades of passivity, Turkey is now emerging as an important diplomatic actor in the Middle East in response to structural changes in its security environment since the end of the Cold War. Iran is considered as both a partner (Iraq, energy exports) and competitor (Central Asia/Caucasus) in Turkey’s new proactive regional diplomacy. An impending Iranian crisis or accommodation can ignite a series of long-term economic, domestic and external security, as well as foreign policy challenges for Turkey.
...
Final word
The recent surging influence of Iran in the Gulf, Afghanistan, Iraq and Central Asia has made Tehran a major force to reckon with in any equation regarding this region. Those who have seen Iran as being on the cusp of dramatic internal change have been wrong. Iran enjoys great wealth, is the most powerful external influence in Iraq, and holds considerable sway over both Hamas and Hezbollah. A speculated US attack on Iran might not only fail to destroy all facilities, but it would further radicalize the Arab and Muslim worlds. Military action against Iran would also drive the price of oil to new heights, increasing the chances of an international economic crisis and a global recession.
As a result, Iran's leaders are now remarkably self-confident. To the extent that this attitude prevails, it will be harder to persuade Iran to co-operate with the international community. While the US, the EU, Russia, and China are in broad agreement that the advancement of a military nuclear programme in Iran is unacceptable, they have not yet reached a consensus on how to stop Iran. Russia and China seem genuinely to believe that the most effective means is "inducement," not pressure.
From Turkey’s standpoint, the present Iranian question will not be easily resolved as it is likely to linger on for many years to come, irrespective of the immediate economic or military actions. Failing to respond to the expectations of Washington and Tehran will certainly put Turkey under enormous strain and make it suffer from the permanent state of crises in its neighbourhood. There will also be serious effects on Turkish domestic and foreign/security politics. Indeed, the US debacle in Iraq could drive Turkey, Syria and Iran into each other's arms as all fear chaos and disintegration in Iraq in the coming years.
Whatever the scenario vis-à-vis Iran in the period ahead, a western response to Iran without considering Turkey is unlikely to succeed, independently of other considerations. Turkey, as the most powerful regional power with close ties to both Iran and anti-Iranian major powers, will have to figure prominently both in its design and implementation. Its co-operation with neither Washington/Brussels nor Tehran should not be taken for granted. The long-term national interests and the painful Iraqi experience will likely dictate Ankara’s position, with the full knowledge that Turkey, under any scenario, will be deeply affected from the consequences of actions by, and against, Iran.
.
[1] This paper represents the author’s personal views and not those of any organisation he is associated with. Thanks are due to Christiaan van den Hout, Prof. Mustafa Aydin and Rachel Odams who kindly offered suggestions on the text. Ögütçü is currently working for a major energy multinational based in London. A former Turkish diplomat and senior OECD/IEA staff in Paris, he is the author of numerous books including, inter alia, “China’s Quest World-wide for Energy Security” (IEA, 2000), “Eurasian Energy Prospects and Politics: Need for a Western Strategy” (Energy Charter Treaty, 1994), “Asian Energy Security Concerns and Geopolitical Implications for the Middle East, the Indian Ocean and the Central Asia” (IDSA New Delhi: February 2003), International Investment for Development (OECD, 2005), and “A 2023 Dream for Turkey” (2006, Forum Istanbul). He can be contacted at ogutcudunya@yahoo.co.uk
...
Full-Text Available, Click Here.
.
The Reflection Cafe thanks to Mr. Öğütçü for his contribution.

Turkey is strategically placed between Europe and Asia. The compulsions of both the regions modulate its foreign policy criteria.The ambivalence in its stand on certain international issues can be traced to its imperfect handling of this binary. The day it resolves its dual identity by finding a space for both and prioritizes its foreign policy goals, one can talk of it being a powerful regional leader, which can then progress towards being a part of a polycentric balance of power group that includes India, China, Brazil and South Africa.

I personally do no think that Turkey will openly challenge Iran as it is in both's interests to engage each other in constructive cooperation than confrontation.