A Latin American Perspective on the Economic Crisis 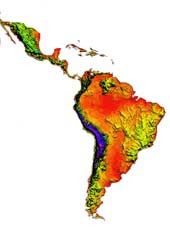 The Governor of Sao Paolo, Brazil, José Serra, provides a refreshing take on the global economic crisis. In the first of a two-part series, he describes the unique position of Latin American economies that are poised for a speedy recovery.

Known in the 1980s as the “Continent of Crises,” Latin America is now in a unique position — reminiscent in some ways of its fate during the Great Depression.

In the same way as 80 years ago, and in contrast to more recent episodes, it finds itself again as the victim, not the perpetrator, of economic downfall.

Another similarity with the 1930s is that everything seems to indicate that, once more, it will recover faster than the central economies.

In the 1930s, practically all Latin American countries except Chile and Cuba had surpassed their pre-depression peak of real GDP many years before the United States. Colombia did so in 1932, Brazil in 1933, Mexico in 1934 and Argentina in 1935.

The basic explanation for this relatively less severe crisis impact in Latin America and Asia can be found in an almost disregarded but essential fact: the channel of contagion. The central economies’ financial meltdown spread to so-called emerging economies not through its original causes, but through its effects.

The same causes as in the United States — real estate bubbles, packages of securitized subprime mortgages, excessive financial deregulation and dangerous levels of leverage — produced the same catastrophic results wherever they were present, in the United Kingdom, Ireland, Spain or Iceland.

In Brazil, in Latin America as a whole and in Asia, contagion came rather through the byproducts of the crisis — mainly the abrupt contractions of finance and trade. There were no major bank collapses, no bank runs, no real estate bubbles and no subprime worries.

The only grave exceptions were the derivative losses in Mexico of $4 billion in the last quarter of 2008 and Brazil’s, which were estimated at $25 billion.

As a result, the Latin American financial and banking system remained basically intact, notwithstanding a steep reduction in credit supply to productive activities as a consequence of the loss of foreign credit lines.

Nevertheless, some of the painful aspects of the economic slowdown could have been avoided were it not for some misjudgments about the crisis’ nature. Such mistakes were compounded by the lack of capacity to conduct a vigorous and prompt countercyclical policy in economies that did not prepare adequately for the predictable downturn in external conditions.

Indeed, one of the lessons to be learned from the management of the crisis in Latin America is the need to shed new light on an old truth: The clarity, intensity and speed of policy responses are as indispensable as the correctness of such policies’ general direction.

The “best case” example of policies with all these desirable qualities has been Chile, where at one point the Central Bank resolutely cut the interest rate in a single stroke by an astounding 250 basis points. More recently, in the third week of June 2009, it has again cut 50 points, easing the basic interest rate to 0.75%, a level where it is expected to remain for the rest of the year.

At the same time — thanks to the clear-sightedness and prudence of building up a countercyclical fund — Chile and Peru were able to support the declining economy with a robust stimulus fiscal package in the amount of 2% of GDP or more, thus helping to soften the weakening in industrial production and in investment.

It should be noted that both Chile and Peru faced greater vulnerabilities in the international crisis than Brazil because their export-to-GDP ratios are three to four times higher than Brazil's, increasing the negative effect of world trade’s slowdown on the domestic economy.

The time when national authorities should have sent a resolute and unequivocal signal to the markets was at the height of the panic created by the mid-September 2008 Lehman Brothers collapse. In that crucial moment there was no longer any justification for mis-targeting inflation, not recession, as the clear and present danger to the economy.

Wherever authorities failed to respond in an appropriate way, the consequence has been to delay or slow economic recovery, creating unnecessary pain and suffering in terms of lost output and growing unemployment.

The record in crisis management has been somewhat mixed in some nations. In my own country, Brazil, the first signs of a consumer-driven recovery have begun to appear.

It is largely the product of a considerable expansion in current governmental expenditure with personnel and a variety of social assistance programs, as well as tax cuts on cars and domestic appliances sales. It will probably help stimulate the consumption sector for the time being.

However, the sustainability of the current rate of expenditure growth without additional tax increases will depend on a vigorous resumption of productive investment and industrial expansion.

Certainly, positive things could be mentioned about the post-Lehman Brothers economic policy measures in Brazil: reduction of compulsory deposit requirements held at Central Bank (taken at the very beginning), guarantees to term bank deposits (valid, albeit a bit late) and increasing lending by BNDES (National Development Bank), which has been operating swiftly to substantively restructure companies affected by the crisis.

However, there is no denying the evidence: At the critical moment in September-October 2008, monetary policy failed to provide entrepreneurs and markets with a stimulus sufficiently strong and timely to avoid a steep fall in industrial output and investment. The Brazilian real interest rate, the world’s highest, only started to be reduced, and very slightly, three months after September 15th.

Despite further cuts later on, Brazilian interest rates remain the highest worldwide, leading to unnecessary and excessive reevaluation of the exchange rate. This process is ongoing since January 2009, and threatens Brazil’s position as one of the countries that will come out of this crisis most successfully.

In addition, public investment in badly needed infrastructure did not reach the critical mass necessary in order to offset the deep plunge in private investment.

Under a few defining and important common characteristics, Latin America presents a huge diversity in conditions and intensity of the crisis’ impact. These should warn us against any attempt at simplifying reality.

Some smaller economies, mostly in Central America and the Caribbean, are acutely dependent on tourism or migrants’ remittances and have been particularly hit by the slowdown. Others, such as dollarized economies and countries that concentrate a high percentage of trade inside the North American economic space, closely mirror the United States’ vicissitudes and will probably have to wait for a change in U.S. fortunes.

Finally, those who mainly export products derived from natural resources have been somewhat fortunate in finding in China a resilient source of demand for their commodities.

The reason why I am addressing developments in Brazil and South America instead of repeating what is already known, as far as the U.S. and world financial troubles are concerned, is because I want to stress a central fact regarding crisis management.

Regardless of apportioning blame for the original roots of the crisis — and in this case it should squarely lay on the shoulders of American bankers, regulators and policymakers — the ultimate responsibility for passively accepting crisis fallouts in other nations or effectively neutralizing them depends on the quality and adequacy of national policy responses.

In other words, the quality of national policies does matter.

This article is adapted from Governor Serra's speech to the Foresight International Conference, given June 18, 2009 in Washington D.C. The conference is part of a series of events put on through a partnership between Deutsche Bank’s International Forum and the Alfred Herrhausen Society. For more information click here.